As I mentioned the other day, I’ve been interviewing entrepreneurs for a class I’m taking.
And, I’ve been trying (attempting at least) to follow my own advice from Prep Talk!  The March 13 issue was all about Discovery and I’ve been seeking ways to discover, explore, and learn more things.
(Side note:  As I’ve been doing this, I’m realizing that I really don’t have time for any television.  My goal of just watching Modern Family and Parenthood has turned into a “no time for any show no matter how great it is” goal.)
When we first received the “Stranger Interviews” assignment… I felt like dropping the class.  No way was I going to find strangers and interview them.
Obviously, I stayed in the class and begrudgingly went off in search of DC entrepreneurs.
The experience has been unreal.  I am so thankful that I was forced to do this.  Not only have I met really fantastic businessmen (politically correct since they’ve all been men so far!), but I’ve learned the great importance of talking and connecting people for advice.
Assuming that you’re not enrolled in the class with me, I still encourage everyone to find someone that you don’t know and meet up with them for advice and networking.
I know, I know… it’s a crazy idea (and seems both impossible and really embarrassing), but it’s not I swear!
You will get SO much out of it, especially for other college students!
So, dig down deep and find your inner-Oprah and, as Nike would say, JUST DO IT. 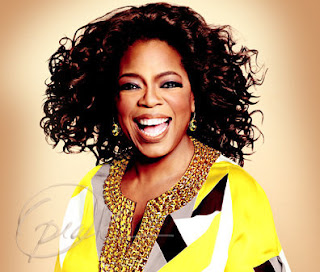 xoxo
PS For the record, I fully intend on being the next Oprah  #prepareyourselves

I would be so scared to do this, which is weird considering that I am really outgoing. I feel like I would get a lot out of it though, so I might go through with your idea!

LOVE oprah! and you're SO right– there is so much to learn from meeting new people. good luck with the class!

This is such a great post; you are absolutely right! I have a few classes that have challenged me to do similar tasks, and I've learned so much from them. People are always willing to speak to college students – and they're often flattered that you care about what they're doing!

It's so true! I met an alum from my school while working an event in town, and he has literally changed my life. He has given me contacts of people he knows with jobs in my major and is one of the nicest, most helpful people I've ever met. I'm so glad that I got over my fear/embarrassment and introduced myself to him because I am so so so much better off now that I have someone to go to for advice and help with internships and job searches.

Oprah away girl! Someone has to fill her shoes this November…

I know this isn't a food blog, but do you have any advice for college students who want to eat healthy and fast? And well? Is it possible?

Maybe you could suggest some food blogs?

You have inspired me to join the world of blogging 🙂